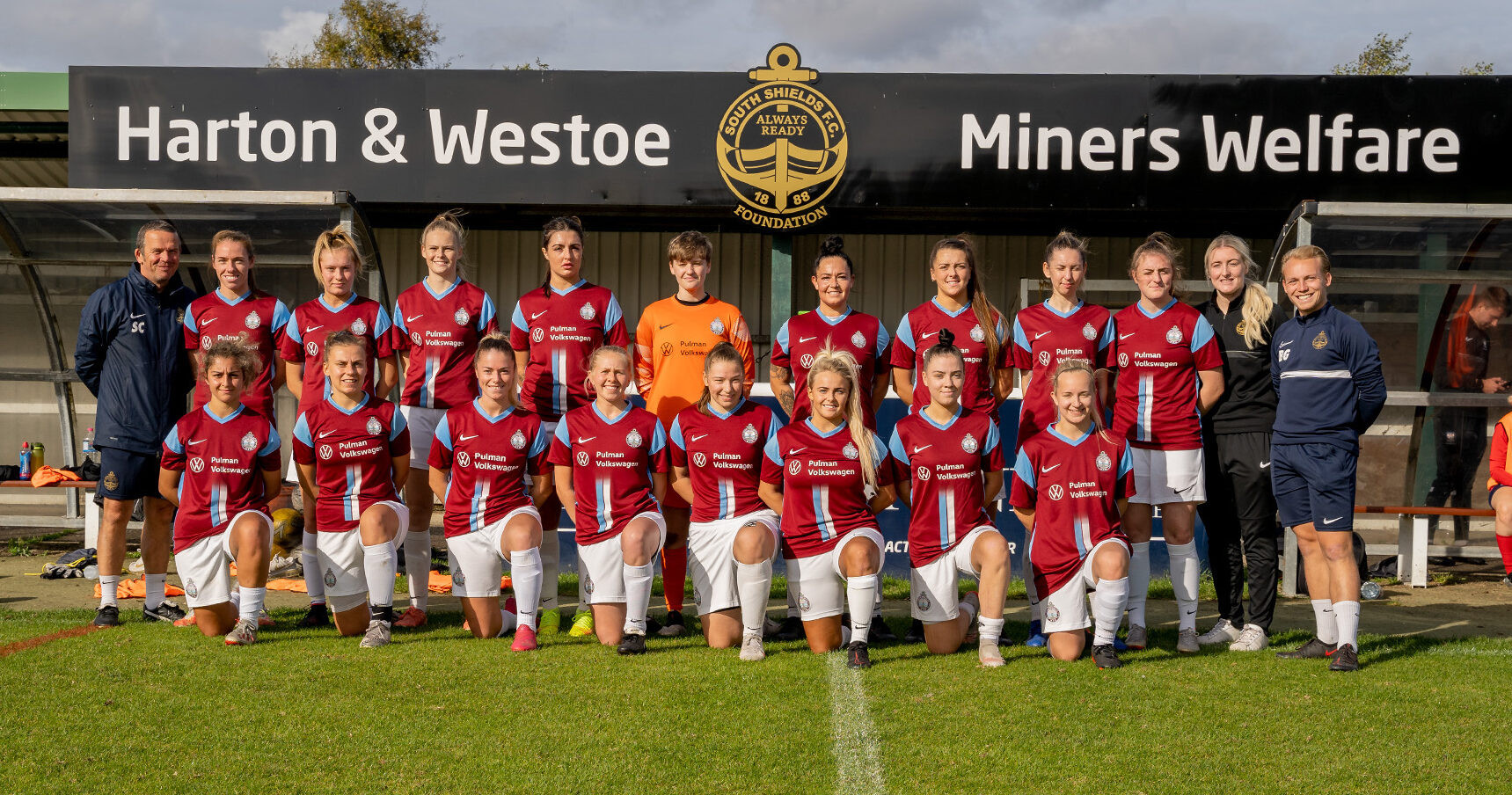 Scott Curtis has left his position as South Shields FC Ladies head coach after six months in charge. Curtis took on the role at a difficult moment in the 2020-21 season, just as games were resuming following the winter lockdown. He had an immediate and positive impact, overseeing a real improvement which culminated in the terrific achievement of progression to the final of the Durham County Cup. A professional, hard-working and approachable individual, Curtis was well-respected by everyone he encountered at the club. We would like to thank him for his superb efforts and wish him the very best of luck in his life and future coaching positions. Assistant coach Ben Garrity has stepped up to fill the head coach role. Garrity got off to a flying start on Sunday as the team won 3-2 at Farsley Celtic in the North East Regional Women’s Football League. We wish Ben all the very best following his appointment and he will be supported as much as possible to ensure his tenure is a success. An interview with Ben will feature on the website later in the week, as well as in the matchday programme for Saturday’s men’s first-team fixture against Buxton. 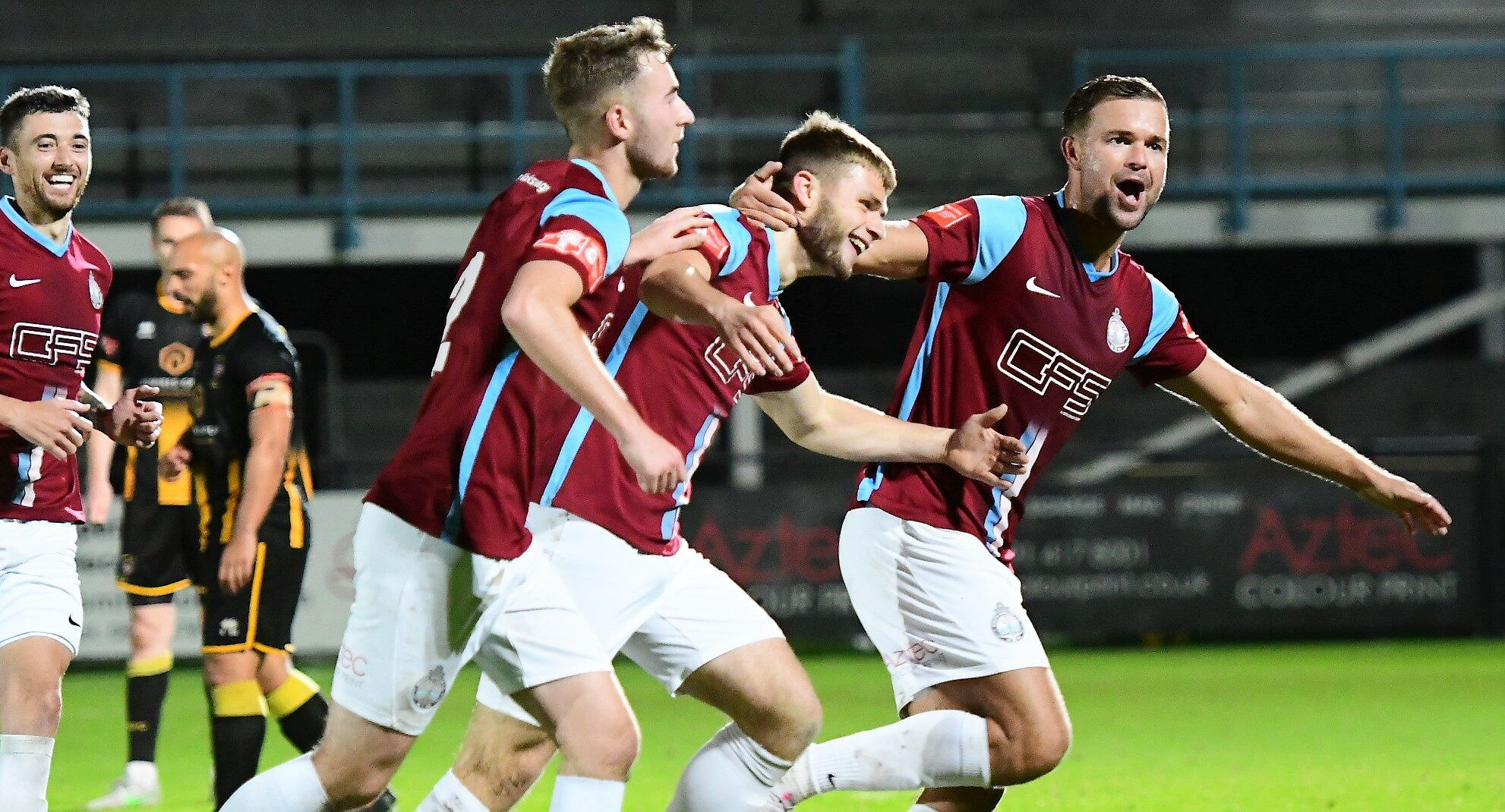 Tickets for the Durham Challenge Cup fixture between South Shields and Sunderland Under-23s are on general sale. The second preliminary round tie is being held at 1st Cloud Arena on Wednesday, October 27th and will kick-off at 7.30pm. Tickets are priced at £6 for adults, £4 for over-65s, students and disabled supporters, and £2 for under-16s. Cash turnstiles will be in operation but purchasing tickets in advance is strongly recommended to ease queuing. Supporters are reminded that, as this is a cup fixture, season tickets are not valid. Tickets can be purchased by clicking here. Hospitality, meanwhile, is available at £25 per person. This will include a two-course meal, a table in the Shipley Heating Lounge, your first drink free, a match programme, access to exclusive drinks packages and much more. You can secure your place in hospitality while availability lasts by clicking on the above link or sending an email to louise.hutchinson@southshieldsfc.co.uk 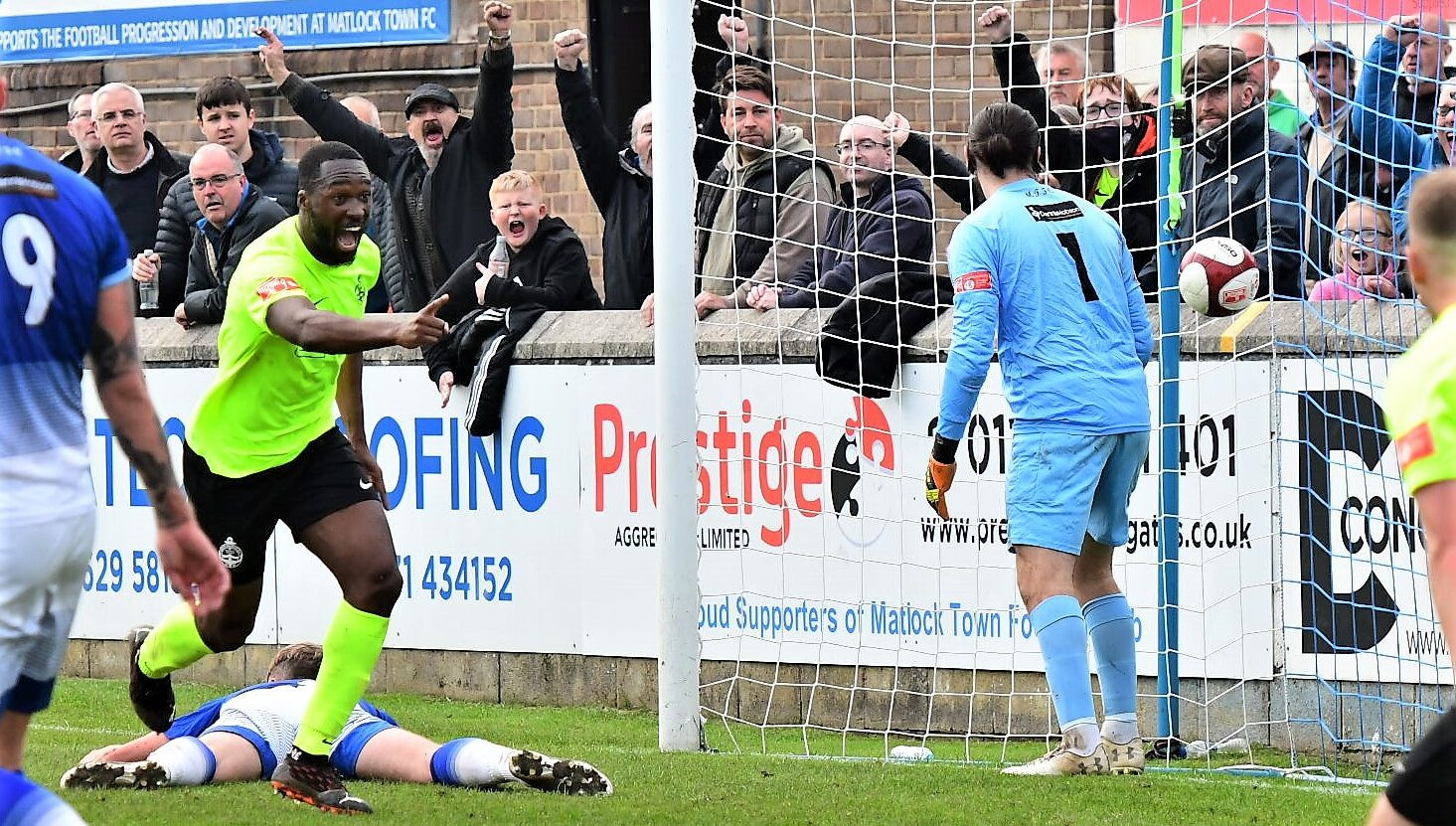 Darius Osei headed in a second half winner as South Shields moved level on points with Matlock Town by defeating the Pitching In Northern Premier League leaders 1-0 at the Proctor Cars Stadium. The Mariners produced a superb team performance to deservedly claim the victory, ending Matlock’s 100% home record in the process. They had to show patience until Osei provided the breakthrough and although the Gladiators attempted to build pressure in search of an equaliser in the closing stages, Shields held out for maximum points. Graham Fenton’s side went into the game full of confidence after ending a three-match winless run by beating neighbours Morpeth Town 2-0 four days earlier. They demonstrated that belief from the off in Derbyshire, despite being without Robert Briggs after the long-serving midfielder tested positive for COVID-19. Briggs was replaced in the starting line-up by Jack Bodenham as Shields fielded a back five. The away side almost opened the scoring less than two minutes in, with Osei scampering down the right of the box and firing in a low cross which strike partner Alex Kempster slammed against the near post. Shields established control and began peppering the Matlock goal. Osei again showed his strength before seeing a low drive pushed away by goalkeeper Shaun Rowley, who also cut out a dangerous low cross from Kempster minutes later. Matlock had their first sight of goal midway through the first half when Callum Chippendale turned the ball over after a corner was half-cleared, but the Mariners largely kept their hosts at arm’s length and looked far more threatening themselves. They had a glorious opportunity to take the lead as Conor Tee – who was a menace throughout – capitalised on a loose ball and squared it to Kempster, who blazed over from close range. Kempster was unperturbed by that miss and almost created the opening goal with a tremendous whipped cross which Tee connected with well at the back post. Rowley sprung into action to palm his header wide. The resulting corner was clipped in by Nathan Lowe and met by Callum Ross, but Rowley again denied the Mariners by diving to his right to tip the ball over. Half-time was fast approaching and Shields were in danger of not capitalising on their domination before the break. They had one further half-chance to take the lead when Kempster burst in down the right and tried to pick out Osei, only for a last-ditch interception to deny him a clean strike. Matlock provided a more potent threat after the interval, but the Mariners were on the front foot initially and fired another warning as a drilled cross by Osei flashed across the face of goal, with no player on hand to tap it home. Kempster saw a strong penalty appeal waved away after being challenged in the area before Shields faced a scare at the other end as Jamie Cooke fired goalwards. Jon Shaw got his body in the way to block and the away team’s response to that close shave was immediate. Tee fed Dan Martin down the right of the area and his low drive was blocked by Ioan Evans, with the ball bouncing away for a corner. It proved a pre-cursor for the game’s defining moment. Lowe played the set-piece short and then gave it back to Martin, whose cross was nodded on by Bodenham to Osei. He directed his header past Rowley and into the bottom corner to spark jubilant celebrations and provide Shields with the goal their play deserved. Shaw almost doubled Shields’ lead when he met Lowe’s corner at the near post, but a block denied him. Matlock had won all seven of their home matches prior to this one and provided a demonstration of why they have enjoyed such a strong start to the campaign by putting pressure on their visitors in the final 10 minutes. They won a series of set-pieces in dangerous areas which the Mariners were equal to as they defended their advantage stoically. Shields largely kept them at bay until the 82nd minute, when a superb cross from the right landed on the head of the towering Liam Hughes, whose effort went just past the post. There was another scare for the away side four minutes later as Cooke smashed a shot which struck Lowe on the line and sparked appeals for handball, which the referee turned down as the ball had hit the Shields midfielder on the chest. The Mariners breathed a final sigh of relief with a minute remaining when a long throw from the left bounced in the area. Blair Adams hacked the ball clear and Shields advanced to the other end of the pitch as they continued to protect their lead. There was no way back at that stage for Matlock as the Mariners saw out three minutes of stoppage time to seal a crucial victory. Fenton’s men now have a midweek without a game before returning to action at home to third-placed Buxton next Saturday. Shields are now level on points with Matlock at the top of the table, with the Gladiators remaining at the summit courtesy of their goal difference, which is two goals better than the Mariners’. South Shields: Boney, Martin, Adams (c), Shaw, Morse, Bodenham, Tee, Ross, Osei, Lowe, Kempster. Subs not used: Steavens, McGowan, Rossiter, Stead, Hodgson. Goal: Osei (62). Attendance: 1,364. Image: Kev Wilson.